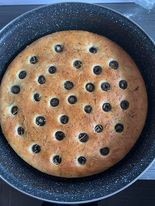 The science of making bread at home With people confined to their homes, there is more interest in home-baked bread than ever before. And that means a lot of people are using yeast for the first time. Yeasts are single-celled organisms in the fungus family. There are more than 1,500 species of them on Earth. While each individual yeast is only one cell, they are surprisingly complex and contain a nucleus, DNA and many other cellular parts found in more complicated organisms. According to food science as well as microbiology, yeasts break down complex molecules into simpler molecules to produce the energy they live on. They can be found on plants, floating around in the air and in soils across the globe. There are 250 or so of these yeast species that can convert sugar into carbon dioxide and alcohol – the valuable skills that humans have used for millennia to make bread. A bit of history. Bread has been a popular food for thousands of years. The first loaf of bread was probably an accident that occurred when some yeast living on grains began to ferment while some dough for flatbreads – such as matzo or crackers – was being made. The first purposely made leavened bread was likely made by Egyptians about 3,000 years ago. Leavened bread is now a staple in almost every culture on Earth. Bread is inexpensive, nutritious, delicious, portable and easy to share. Anywhere wheat, rye or barley could be grown in sufficient quantities is where bread became the essential food in most people’s diet.

THE METHOD: In a large bowl we mix together the yeast, sugar, salt and water. We let this mixture stand until the yeast is dissolved. Gradually we add the flour, one cup at a time to the liquid and mix thoroughly until the dough pulls away from the sides of the bowl. We then turn the dough out onto a floured surface to knead. After kneading, we let It rise, and then return the dough to the bowl and turn it over once to grease the top. We then cover up with a damp towel and keep warm until the dough doubles in bulk, about 1 to 2 hours. Let the science do its work!

THE SCIENCE: When we mix yeast with a bit of water and flour, the yeast begins to eat the long chains of carbohydrates found in the flour called starches. This does two important things for baking: It changes the chemical structure of the carbohydrates, and it makes bread rise. When yeast breaks down starch, it produces carbon dioxide gas and ethyl alcohol. This CO2 is trapped in the dough by stringy protein strands called gluten and causes the dough to rise. After baking, those little air pockets are locked into place and result in airy, fluffy bread. But soft bread is not the only result. When yeast break down the starches in flour, it turns them into flavorful sugars. The longer we let the dough rise, the stronger these good flavors will be, and some of the most popular bread recipes use this to their advantage. It’s nice to know that homemade bread can taste just as good as the bread we may get in the supermarket because the flavor depends mostly on the yeast we use. One time we had a bread baking event at our school, and there was one student that didn’t want to participate as he was shy. We sat down with him and gave him some dough and he made a sheep-shaped loaf out of it. He was very proud of what he did, and everyone else really appreciated his work alongside their own creations. In breadmaking, you don’t get to make it by yourself and eat it by yourself, everyone appreciates each other’s creation and then we all share. This empowers people to believe in themselves and in what they can achieve with both hands. You just need to use your dexterity and a couple of simple ingredients.

This website uses cookies to improve your experience while you navigate through the website. Out of these cookies, the cookies that are categorized as necessary are stored on your browser as they are essential for the working of basic functionalities of the website. We also use third-party cookies that help us analyze and understand how you use this website. These cookies will be stored in your browser only with your consent. You also have the option to opt-out of these cookies. But opting out of some of these cookies may have an effect on your browsing experience.
Necessary Always Enabled
Necessary cookies are absolutely essential for the website to function properly. This category only includes cookies that ensures basic functionalities and security features of the website. These cookies do not store any personal information.
Non-necessary
Any cookies that may not be particularly necessary for the website to function and is used specifically to collect user personal data via analytics, ads, other embedded contents are termed as non-necessary cookies. It is mandatory to procure user consent prior to running these cookies on your website.
SAVE & ACCEPT